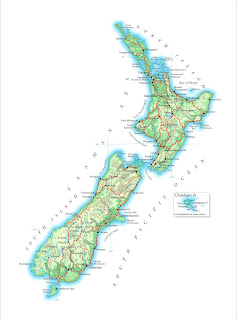 for New Zealand. I should be excited but I'm a bit luke warm about it. It takes a long time to get there and my husband usually is not much fun to vacation with. He assures me that I haven't any worries but I'm skeptical. Wish me luck!

We leave Houston a little after 1400 and arrive in Los Angeles around 1530. (There's a couple of time zones we cross, but you guys already know that.) Then we leave for Auckland at around 1930 to arrive at 0525 in the bloody morning. Arrghh!

The first day and night we'll be in Auckland and we plan to tour the Sky Tower and visit the Maritime Museum. After a sunset dinner in Devonport at The Esplanade we rest for the night to get ready for a flight to Kerikeri and Russell to the north.
posted by The Super Sweet Atheist at 10:07 AM 2 comments:

What I saw today at the grocery store.... 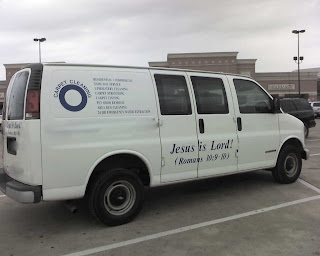 What I hate about this kind of advertising is this person is taking advantage of the trust ordinary people place on the religious. To hell with his abilities, it's all about his beliefs!
posted by The Super Sweet Atheist at 12:45 PM 2 comments:

One of my more favorite podcasts to listen to is Savage Love by Dan Savage. He's a fantasic gay sex columnist out of Seattle who gives common sense advice to gay and straight people. His humor and colorful language isn't for everyone but I find it refreshing and real.

A few weeks ago, the time just before our historic Inauguration of Barack Obama, Dan ranted about Obama's choice of Rick Warren for the innovation, which many atheists, freethinkers, and gays all felt was a terrible choice. In response to this terrible little petty man and his sectarian prayer Dan wanted to change the meaning of "Saddleback" to reflect the teachings of this man's church so he asked for and received various new definition for this term.

He made a website just for this term: www.saddlebacking.com

What do you think?
posted by The Super Sweet Atheist at 9:13 AM 1 comment:

From the frickin' Bible Belt